We’re about halfway into our Household Waste Recycling Centre (HWRC) open data standard project funded and supported by the ODI. We’ve held our first set of stakeholder workshops and this blog post is to update you on what we’ve learned so far and what’s next.

We had six workshops over 4 weeks and had 37 stakeholders take part. We had participants from local authorities, waste operators, environmental consultants, academia, compliance schemes, and the third sector. We also had representation from each of the four nations and even some participants from further afield.

We started each session with a quick presentation of the project and you can view the slides.

The workshops were incredibly helpful to us. They’ve refined, pushed and developed our thinking about the standard. They’ve helped us understand other ways that this open standard and open dataset could bring value to various elements of the ecosystem that operates around HWRCs. Jamie Whyte, from Open Data Manchester, who is working on the project with us commented how blown away he was by the engagement, generosity and passion by people in this sector. Jamie has experience of working on all sorts of data projects and said its often not like that and it makes working on this project so much more enjoyable. 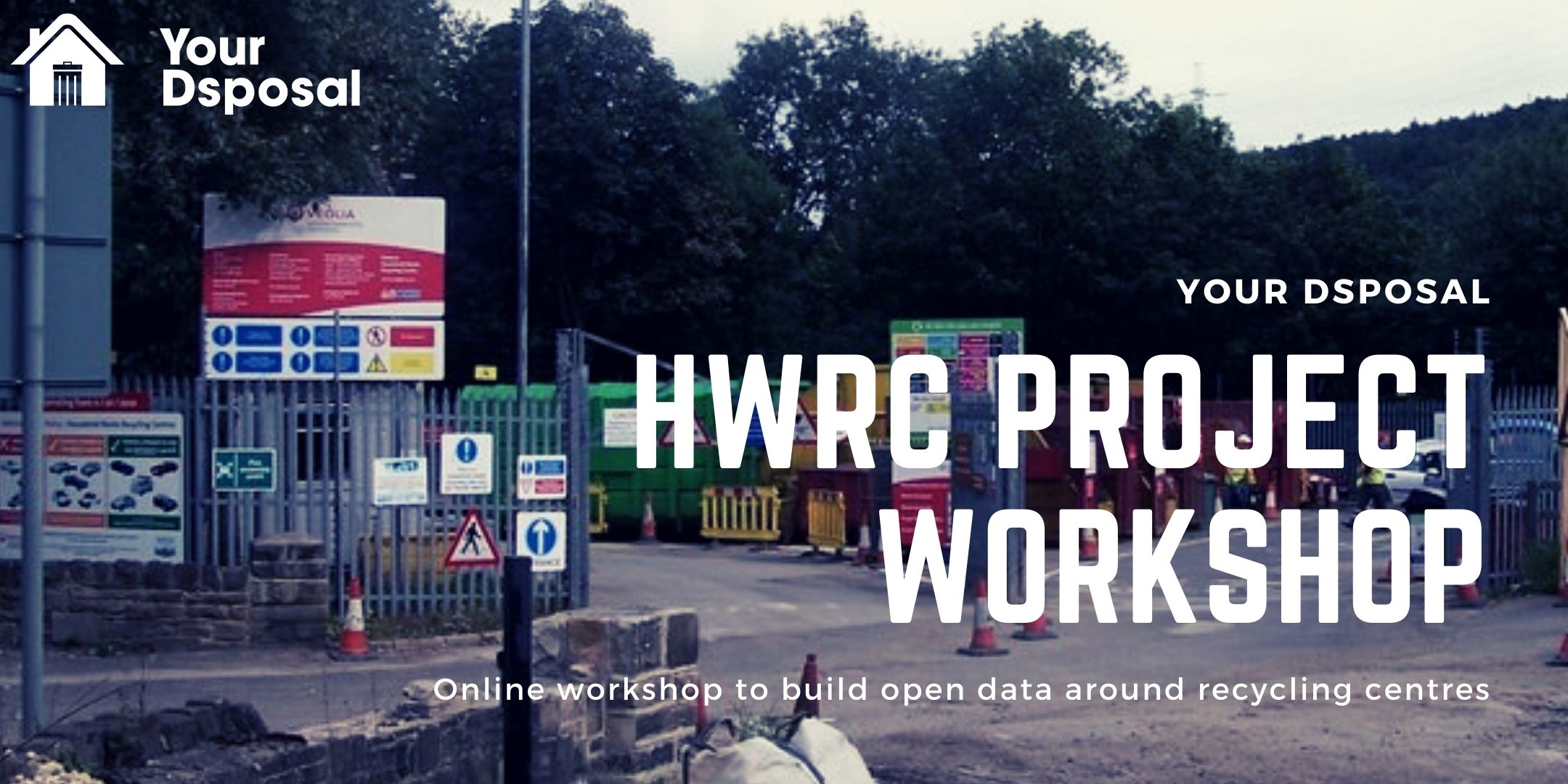 The activity we started most the workshops with was a ‘Data Ecosystem Mapping’ exercise. We learnt this technique from a workshop we had with the ODI and you can find information about it from the ODI website.

An ecosystem map allows us to plot out the key actors, technologies and flows (of data, value, power, anything you like really) as well as blockers and opportunities in a data ecosystem. Our data ecosystem is HWRCs and what we realised from the mapping was that in essence the map can be split into two areas with local authorities* at the centre. (*we use the term local authorities for simplicity but realise that there is quite a lot of complexity here – waste collection authorities, waste disposal authorities, unitary authorities etc).

For the purposes of this project we are focussing on the data flow between the local authorities and the public, but these learnings have helped us start to map out a roadmap for further development.

Our second activity was putting ourselves in the shoes of major stakeholders and write out virtual sticky notes of questions they may ask. Our stakeholder groups were:

We also then added the following when suggested by workshop participants:

One learning for us was that 6 was too many workshops to do the same activities. So, in the last two workshops we asked participants to take part in journey mapping exercises. In workshop number 5 we did this based on user personas we’d created, but even though some useful insights emerged we felt the activity was lacking so we revised it for the final workshop to ask participants to create a user journey map based on scenario that was familiar to them. This worked a lot better. We ended up with some fascinating journeys from really different angles.

You can take a look at the workshop outputs on the following Miro boards. Don’t worry you can’t mess them up, we’ve locked them, but you can add comments and we encourage you to do so:

The main reason for the workshops wasn’t aha moments, and was instead to give us the foundational knowledge needed to create the first version of the open data standard which would reflect reality as accurately as possible and be as useful to as many stakeholders as possible as early as possible. And they definitely did that.

But there were a few notable lightbulb moments we think it’s worth sharing:

Well like we said, the ecosystem is larger and more complex than we’d initially thought and that’s also true for certain pieces of the data puzzle. With the country contending with the second wave of Covid-19 and the pressures that puts on the public sector and the waste industry we decided to delay the second batch of workshops (they should have been at the end of November). This gives Tom and Jamie to spend longer working through the difficult bits and get further along with the first draft of the open data standard. We’ll be running workshops to review this work in the new year.

It’s early days on these, but in summary we’re looking at working with Open Street Map to add HWRC data to their platform and these discussions have also led to conversations with Microsoft Bing Maps who are keen to imbibe this information into their maps.

We’re also speaking to OPRL about how they can utilise the standard and dataset for the benefit of their organisation and their members.

It’s so exciting to see these use cases emerging and to see how much potential there is in the development of this standard and dataset. If you have any ideas about how the standard can help you or ideas for things you’d like to develop on it we’re really keen to hear from you.

Want to get involved with the Open Waste Data Standard?

We hope you do. There’s a number of ways to take part:

On 9 Feb 21 by Sophie Walker
Your Dsposal

On 9 Mar 21 by Sophie Walker
Your Dsposal

Getting Started on Your Dsposal

Your Dsposal is a directory of all waste options in the country. This getting started arti…