The three words I’d use to describe Kuala Lumpur are contrasts, hope and challenges. It is a fascinating city and I was incredibly fortunate to be able to spend just over a week there on the second half of my CSC Leaders Programme. For those of you that read my previous article Talking Rubbish with a Royal, you might remember that this Programme is run by Common Purpose and is the “renewal of HRH The Duke of Edinburgh’s Commonwealth Study Conferences - first run in 1956 – for the 21st Century”.

Our focus was still on what makes a city resilient and the capital of Malaysia is a fascinating place to explore this idea. For the Brits in the group it’s a fantastic opportunity to be immersed in a different culture (the first half of the course was held in the UK in May) and maybe pushed a little out of our comfort zones. For our colleagues who came from all other corners of the Commonwealth I guess both venues offer that point of difference. Regardless of the setting the combination of 74 people from 19 different countries, working in the public, private and third sector, and ranging in age from their 20’s to their 60’s allows for some excellent cultural insights and incredible discussions.

But why did I pick those three words? Why not bustling, tasty and tropical or shopping, speakeasy and religion, or revolts.known.sparkle (What3Words for the Petronas Towers, if you’re not familiar with What3Words check it out, it’s brilliant and poetic!) because I could use any of these words to describe Kuala Lumpur but for me contrasts, hope and challenges are the best words to describe this city. As an aside contrast.hope.challenge is in the Pacific Ocean north of Fiji. 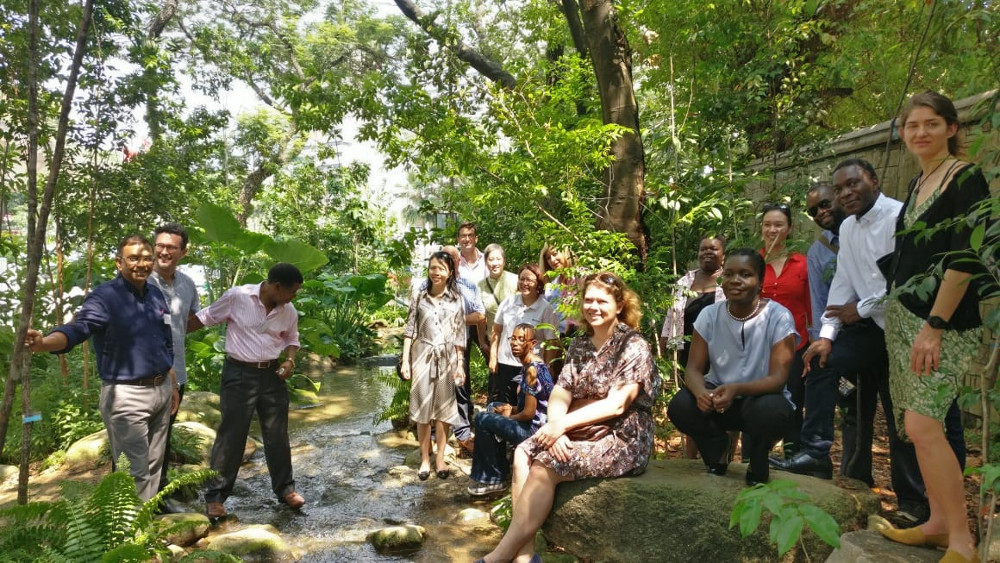 Of all the cities I’ve visited (at the times I’ve visited them) Kuala Lumpur is probably the city of greatest contrasts; Malay sits alongside Indian which sits alongside Chinese. Some of the shiniest skyscrapers I’ve ever seen rub shoulders with low-rise colonial era houses. But I suppose the starkest contrast for me was between the cost of things. I couldn’t figure out the cost of living. You could buy a delicious “banana-leaf cuisine” meal (the name for the traditional South Indian food I grew up on) for less than £2 but if you went to one of the many shopping malls you could also find a lot of the high street brands you see in any UK town or city (like H&M, Topshop, Uniqlo) selling their wares at pretty much the same price as here in the UK and if you went into the mall at the base of the Petronas Towers you could find a plethora of designer shops which I didn’t even bother to look at the price tags of! I know there’s inequality everywhere, but it just seemed extreme. I was also struck by the technological contrasts. On the one hand you had very modern public transit in the form of a variety of trains, monorail and underground which seem like the trappings of a ‘normal’ modern city, but on the other hand the tap water isn’t safe to drink. 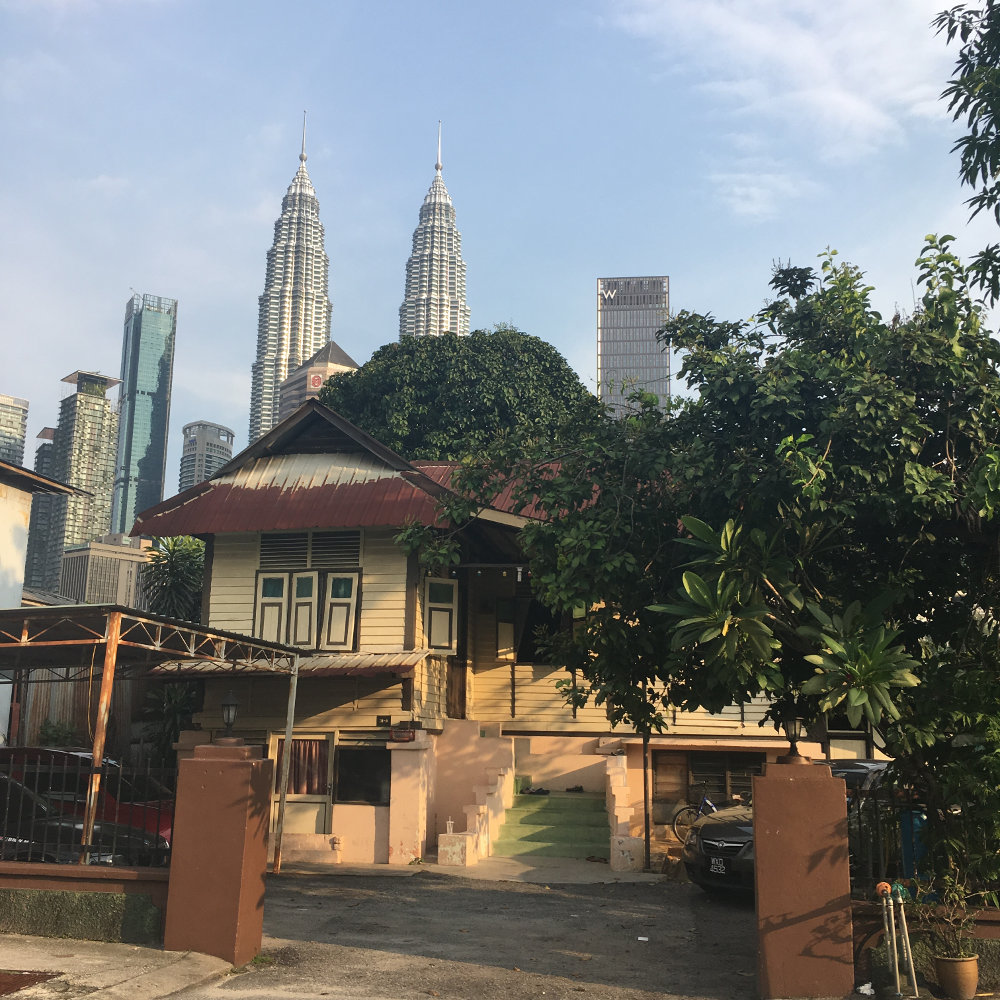 On a personal basis I found the contrasts jarring and they caused me to reflect on my childhood in South India and other travel experiences. The cultural differences made me think about multiculturalism back home and why it seems to work in some places more than others.

I don’t know if you’re aware that Malaysia had an historic election result in May 2018, I won’t explain all of it here, but I’ll try to give you an extremely short summary. Since independence from the British 61 years ago the same regime has been in power, the Barisan Nasional. In recent years they had become more corrupt, including actions like imprisoning the opposition leader, controlling the media and allegations of an enormous embezzlement by the previous Prime Minister, as well as policies that seemed to sow division between the various ethnic groups. But in May the previously unthinkable happened, the opposition coalition, Pakatan Harapan, managed to mobilise enough voters and instil in them the belief that they could make change happen and so the first democratic change in government took place in Malaysia this year. In the current era of countries voting to become more insular and less progressive it’s rather wonderful to see an example of a country going in the other direction. And this momentous event meant there was a real sense of optimism in the air, a palpable understanding that as citizens they could hold politicians to account and that their vote mattered. We were lucky enough to meet a couple of the new ministers and I was struck by their humility and their determination. They were indeed hopeful of what could now be achieved, but it felt like they held their responsibility to their citizens at the heart of what they did and were acutely aware that the same belief that allowed the unprecedented outcome in May could also unseat them at the next election if they were not true to their word. 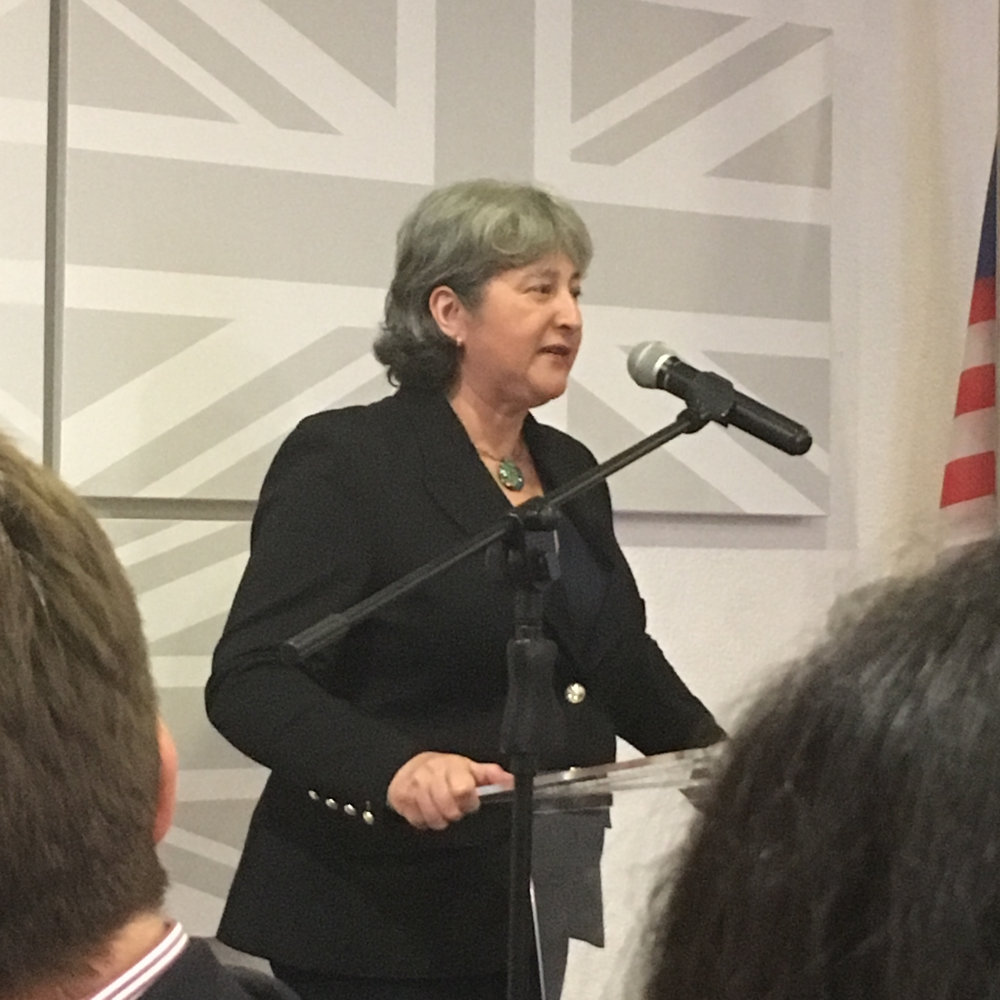 Anecdotally some of the young Malaysians I met said they’d been considering leaving the country as they were so sick of the corruption of the previous government but that since May they now felt like it was worth staying in Malaysia and putting their efforts into helping it realise its new potential. 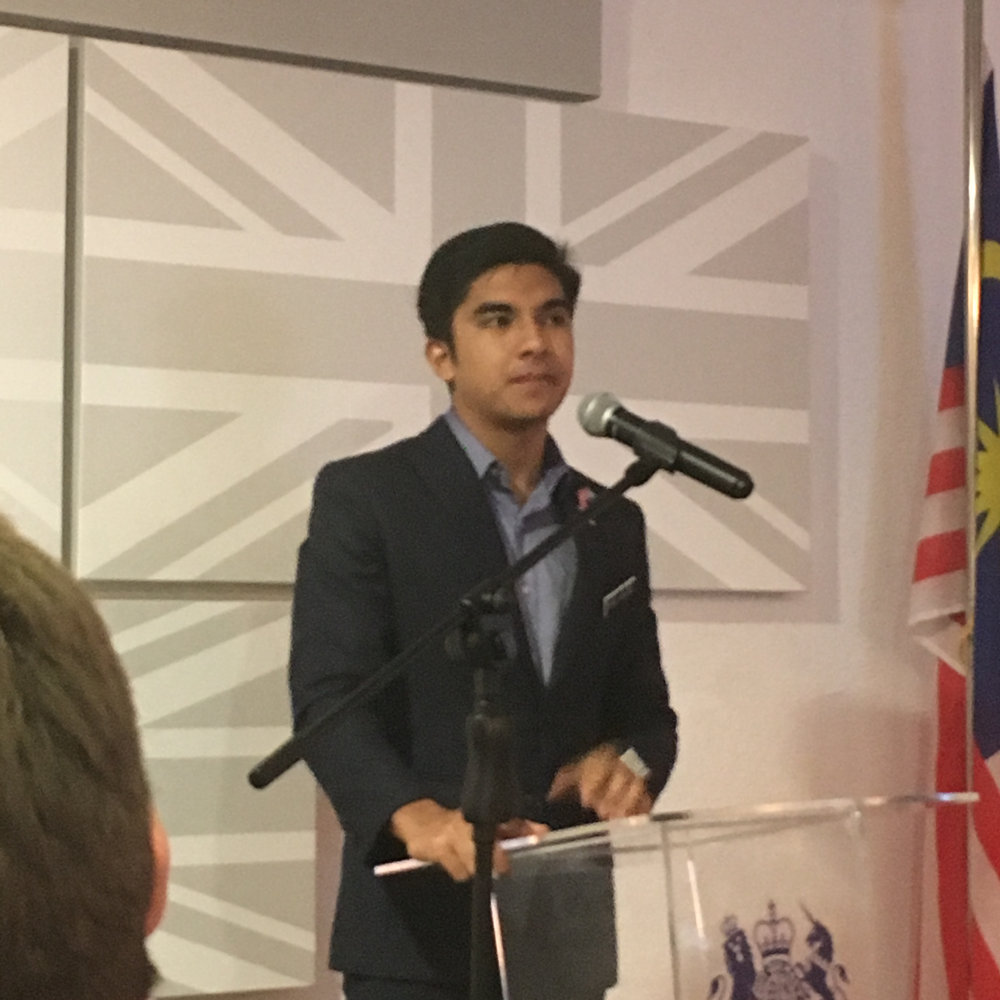 Personally, for me, the visits we made to Mereka and Think City were exemplars of incredible creativity, passion and drive. Projects that were really trying to make a difference by working with communities to encourage collaboration, curiosity and engagement. They felt imbued with hope and it left me with that feeling too. But it made me think about politics back home as well and I feel like we’ve lost that sense of hope. I’m not sure the citizens of the UK feel like we can hold our politicians to account and if you don’t feel like they are responsible to you it’s not surprising that apathy and low voter turnout are the norm.

The new government have only been in office a few months so there’s still a lot of work to do. The previous regime’s tactic of stirring up racial differences and the complexities of having such a mixed population is one such challenge. We experienced first-hand some of the ingrained racism on some of our visits. It had the feel of the kind of racism you might hear from your gran and grandad – arising from decades of stereotypes, unconscious bias and societal norms. Overcoming these prejudices will certainly be challenging, but the wonderful cultural mix that makes up Malaysia can also be seen as a huge asset, and that seems to be something the new government acknowledge and are keen to promote. It will be interesting to see how they navigate this along with all the other challenges of being in power after many decades of being in opposition. For me the apparent inequality is something they will need to address (and is a challenge for all countries) if they really want Malaysia to flourish.

Being confronted with blatant racism was both shocking and appalling, but also provided me with an amazing opportunity for reflection and learning. It forced me to examine my own assumptions and prejudices. And that is really what the CSC Leaders Programme is all about – providing opportunities to really probe your core and flex and in so doing develop more cultural intelligence (CQ). 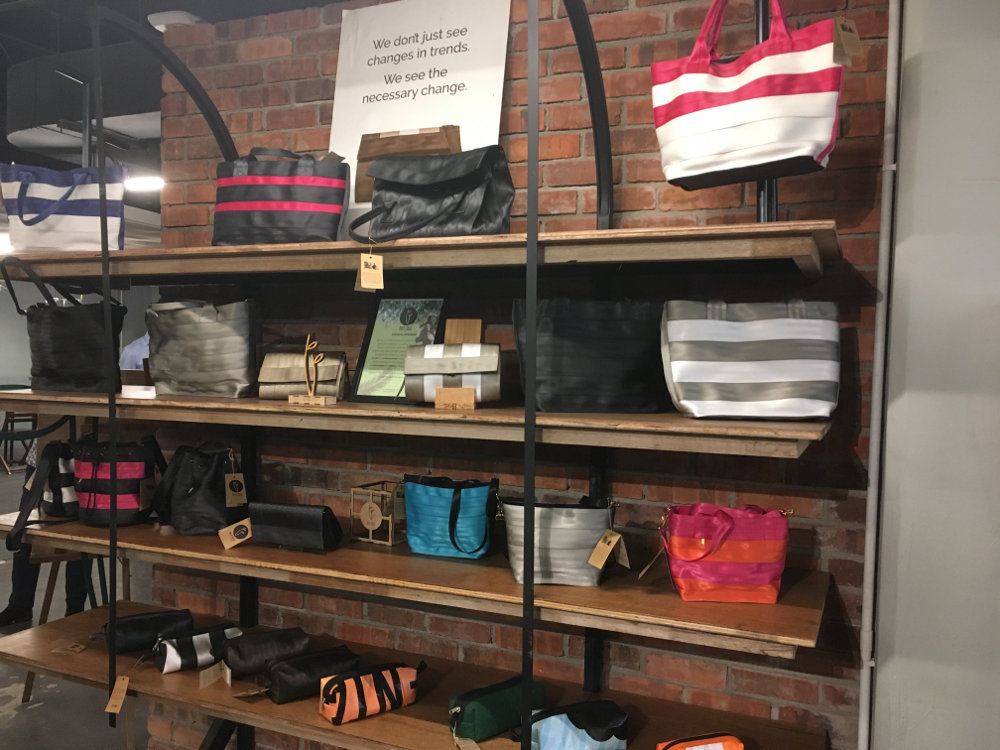 One of the other key themes that came up a few times was, surprisingly, waste. From the British High Commissioner highlighting the issue of ocean plastic pollution to organisations like Mereka who are keen to find ways of upcycling surplus materials (their seatbelt material handbags were really classy) waste, and efforts to minimise it, are on the agenda worldwide. The scale of the problem is undeniable, but it feels like it has finally been dragged into the daylight so that we are all confronted with the reality of the fact that when we throw something away it goes somewhere. Malaysia was one of the countries, after China shut its doors, that was that somewhere, but they have also begun to clamp down for fears of becoming a dumping ground for waste from western nations. Whilst far from perfect, our systems in the UK for managing household or municipal waste are reliable and efficient at removing waste and recycling from our homes. But when those systems rely on sending millions of tons of that waste, packaged up as recycling, to countries which don’t have the same level of infrastructure to manage their own wastes I think we must admit that while our system may be efficient, it’s not effective. It’s vital we improve recycling infrastructure in the UK, allowing more materials to be reprocessed here. And we need to bring the entire pathway out into the open so people can see the value in the effort they put into recycling at home. We must take responsibility for our own rubbish and we owe it to the environment, the next generation and the nations that are most effected to help clean up the mess we’ve made by only now wondering where our rubbish goes once it’s collected by the bin lorry. 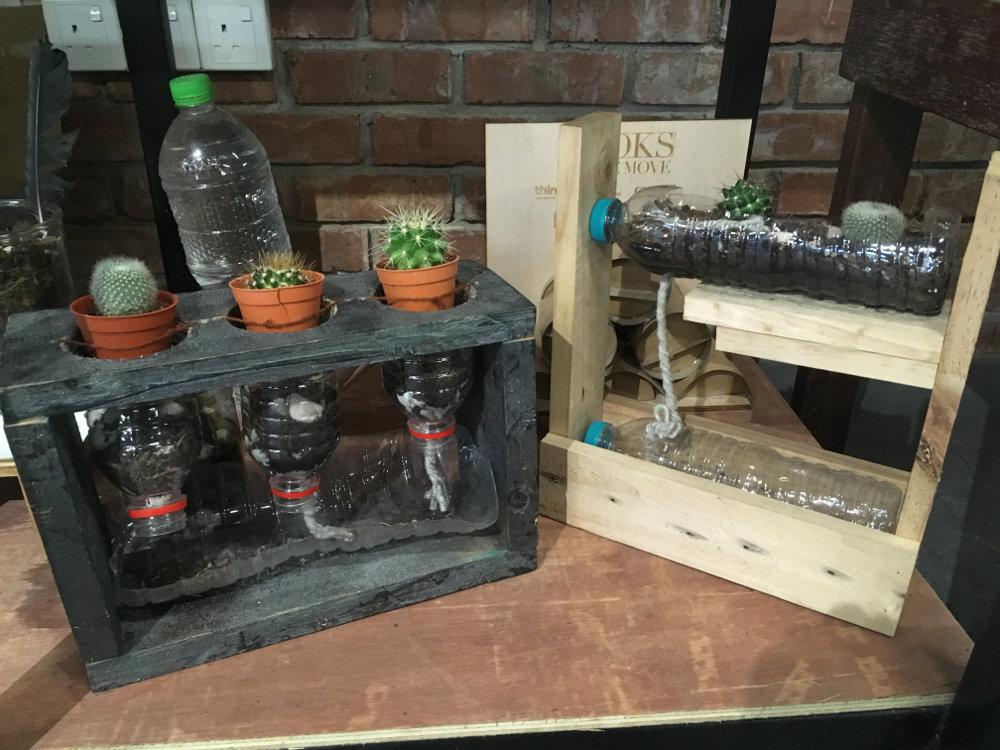